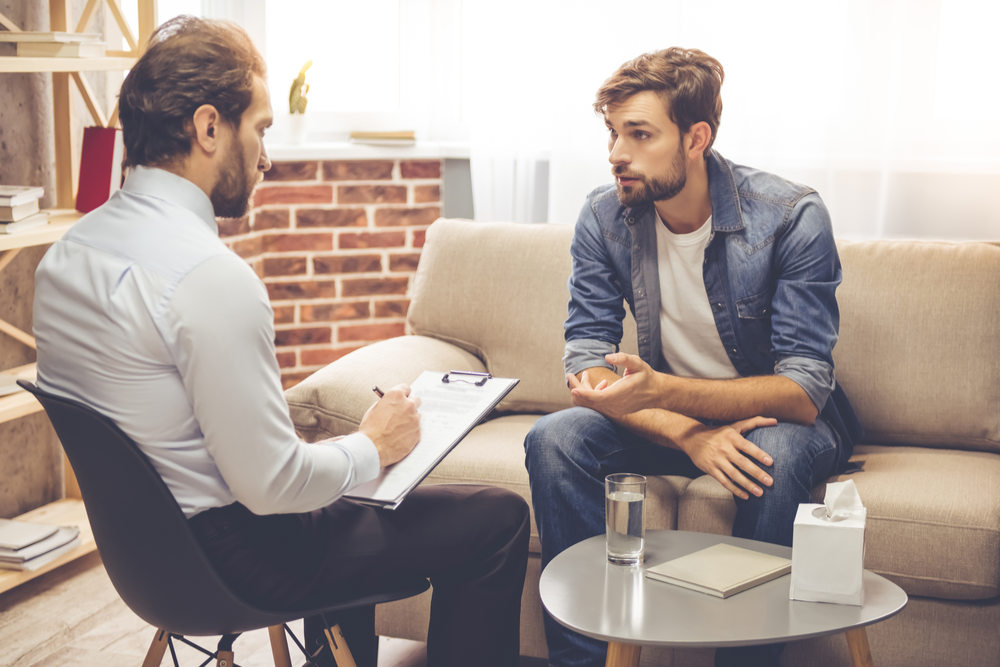 Rational emotive behavior therapy, or ​REBT,​ is a short-term form of psychotherapy. In this form of talk therapy, therapists talk with patients about their emotional difficulties and mental issues. This type of therapy was introduced by Dr. Albert Ellis in 1955. Dr. Ellis believed it helps people to identify negative thoughts and feelings. Then, patients can challenge their rationality. The foundation of rational emotive behavior therapy is that it’s not the events in our lives that trigger our emotions. Rather, it is our beliefs that cause our reactions. The goal​ of REBT is to replace these negative beliefs with ones that are healthier and productive.

Ellis believed there are ​three​ principles of rational emotive behavior therapy. These principles are referred to as the ABC’s. He corresponded three techniques to each principle, which you can learn about below.

“A” is the event that triggers the negative response, also known as the activating event. An example of this can be a lack of a reply from a text message, or a subpar grade on a test. Ellis suggests problem-solving techniques for “A” to help develop assertiveness. In addition, it can help problem-solving skills, and conflict resolution skills. Additionally, these skills can help with addressing the activating event. 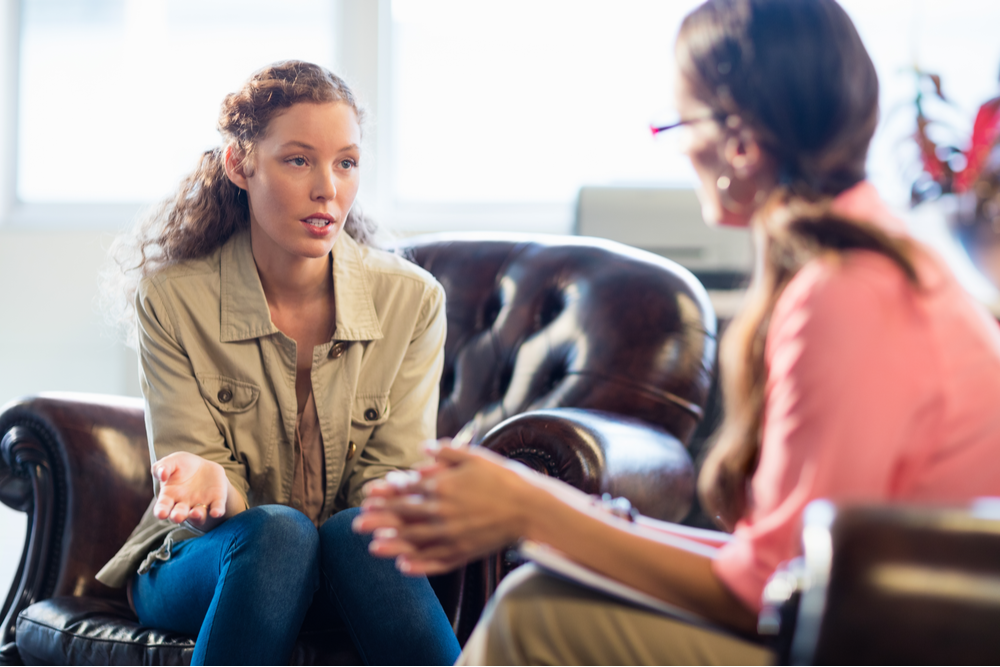 “B” refers to the irrational thoughts and beliefs an individual may have about a situation. If an individual receives a low score on an exam, they might think they’ll never be able to bring their grade up. Cognitive restructuring techniques are suggested for “B”. For example, rationalization, guided imagery and visualization, to help change the irrational beliefs.

“C” is the resulting consequence that results from the irrational thoughts. Using the low test grade example, the individual might feel anxiety or disappointment. Doctors and psychiatrists suggesting techniques like relaxation and meditation. These tend to help patients manage their emotional consequences. 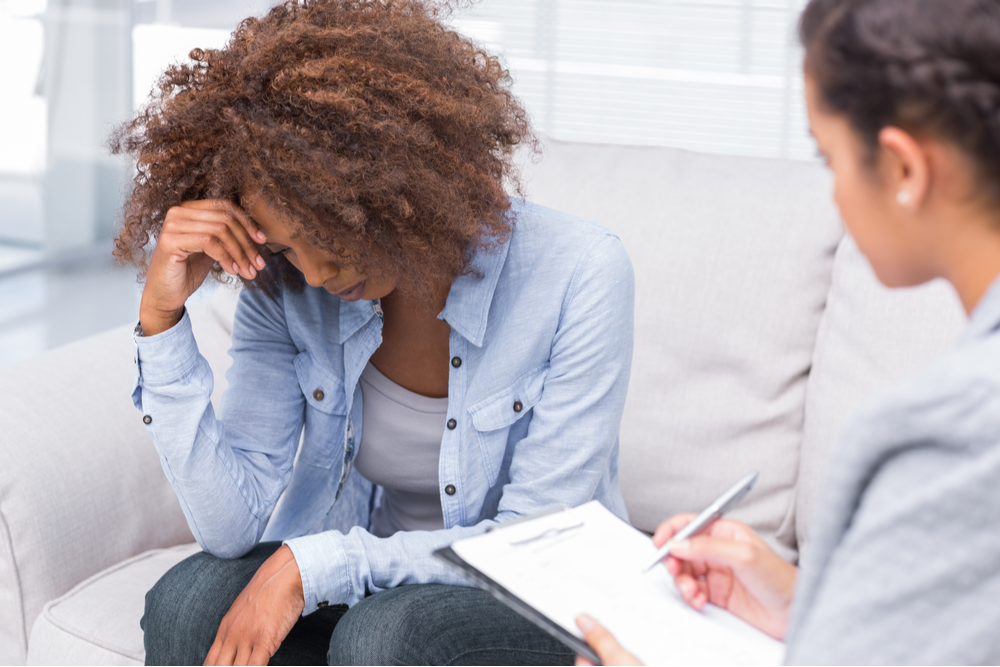 2. If other people don’t do the right thing, they aren’t good people and need to face punishment.

This irrational belief assumes that there is a clear difference between what is right and wrong. Additionally, right and wrong are actually subjective. It also ignores the fact people can be wrong or make mistakes. This can lead to impatience, bitterness, bigotry and intolerance.

3. Life should be easy and without inconvenience.

This is a very unrealistic belief people can carry and can cause them to avoid difficulty and responsibility. Furthermore, believing there should be no discomfort or inconvenience in life can lead to self-pity and substance abuse.Each of these beliefs contain an unrealistic demand for ourselves and others. It’s the beliefs that cause negative and distressing reactions, and correcting these beliefs can lead to a more positive life. So, correcting these beliefs through therapy can prevent the destressing reactions from inconveniences.

These irrational beliefs can lead to an individual being emotionally unhealthy. Additionally, REBT can be a tool to teach people about emotional health. Psychotherapists use REBT to teach their patients three forms of ​acceptance​. These are unconditional self-acceptance, unconditional other-acceptance and unconditional life-acceptance.Unconditional self-acceptance helps the patient realize and accept that they have flaws. Furthermore, their flaws don’t make them any less worthy than others.Unconditional other-acceptance is the realization and acknowledgment that others may not always treat an individual fairly. Meanwhile, there’s no reason for them to receive this poor treatment. So, the point is to realize, people might not always treat them fairly. However, it doesn’t make them any less worthy in these cases.Unconditional life-acceptance is the acceptance that life is not always going to work out the way one would want. Things sometimes go wrong in life, however, it is never unbearable. Despite it feeling as though the situation is unbearable, you can get through it.

Understanding irrational beliefs are what provoke negative emotional responses isn’t enough to make one “better”. It’s not an automatic cure to these thoughts. Rather, one should continue to better themselves by continually recognizing irrational beliefs. Then, finally, challenging them, as well as changing our negative emotions into positive ones.In conclusion, rational emotive therapy is an effective form of psychotherapy. Through disputing irrational thoughts, one can conquer their fears or anxieties. If you would like to receive rational emotive behavior therapy in the Pensacola area, consider contacting us. Our team would be happy to help you conquer your irrational beliefs. We are accepting new patients, so please fill out the form below! We look forward to working with you.

GET IN TOUCH WITH US